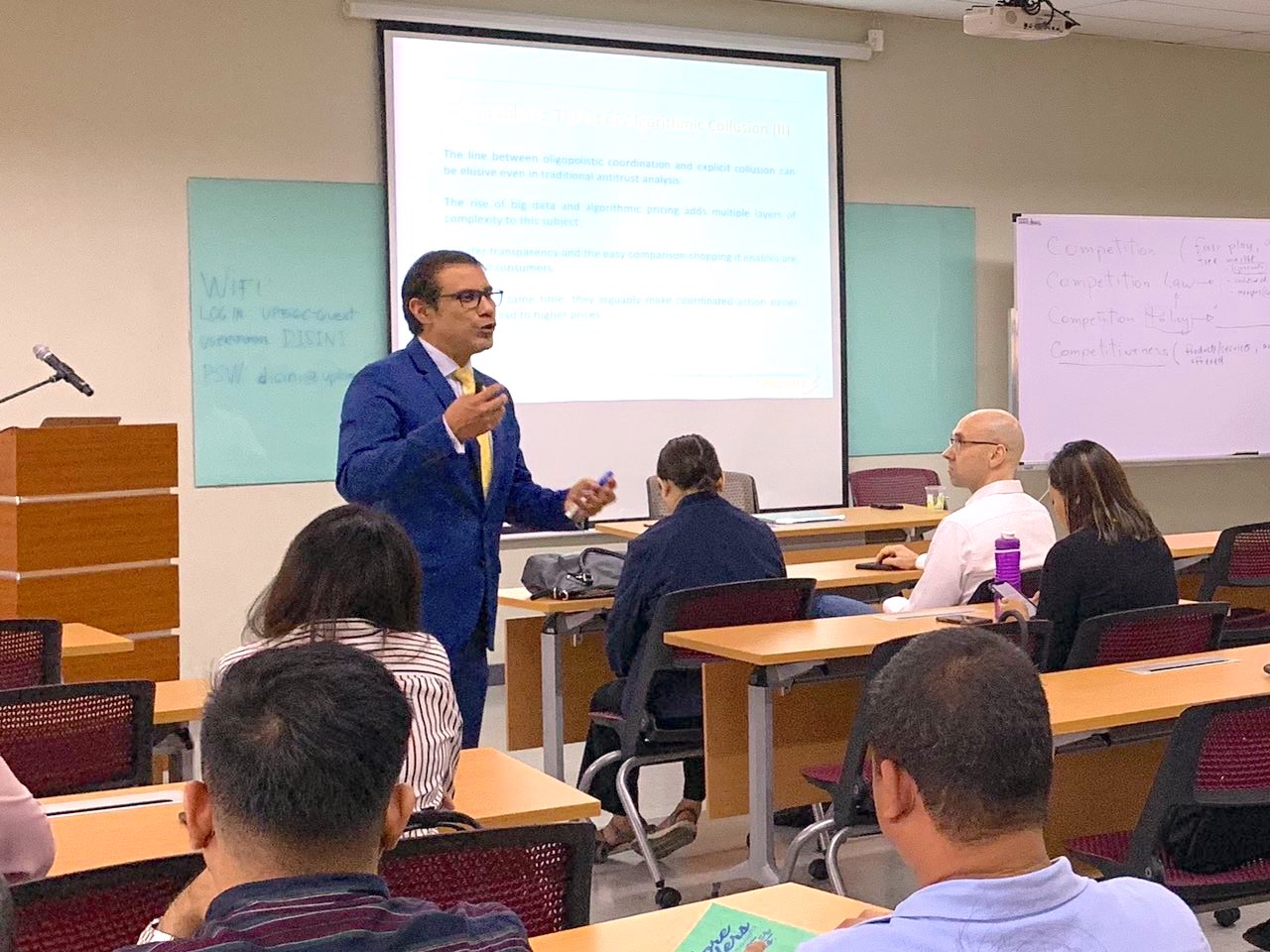 The guest of honor was introduced by Atty. JJ Disini, Executive Director of the Digital Freedom Network and a Founding Member of the Asian Tech Lawyers Association. Atty. Disini remarked upon the growing interest in the Philippines in competition law, and various emerging technologies that increase economic efficiency but at the same time raise concerns on whether market competition is unduly hampered.

Dr. Horna began with an overview of competition law theory, focusing on the concept of collusion, or where market players agree or seem to agree to engage in anti-competitive practices that prevent, restrict, or lessen competition. He then pointed out that the rise of artificial intelligence and powerful algorithms could create more durable cartels that are able to maintain higher prices at the consumers’ expense. He cited pricing algorithms, that automated the analysis required in balancing supply and demand with greater speed and precision than any human pricing manager could. The more adept the artificial intelligence of these algorithms, the create the risk that it would follow pricing strategies consistent with oligopolistic coordination.

The threats that Dr. Horna cited are, as he pointed out, more probable than actual at this stage. However, they provided fodder for thought, especially in an environment such as the Philippines where aggressive competition law enforcement is still at its infancy, but where the online economy is growing rapidly.

Cancel Reply
Thank you for visiting! To help improve your browsing experience, this site may use cookies, web beacons, tracking pixels, and other tracking technologies while you access the site. By continuing to browse the site, you are agreeing to our use of cookies.
Cookie settingsACCEPT
Manage consent

This website uses cookies to improve your experience while you navigate through the website. Out of these, the cookies that are categorized as necessary are stored on your browser as they are essential for the working of basic functionalities of the website. We also use third-party cookies that help us analyze and understand how you use this website. These cookies will be stored in your browser only with your consent. You also have the option to opt-out of these cookies. But opting out of some of these cookies may affect your browsing experience.
Necessary Always Enabled

Any cookies that may not be particularly necessary for the website to function and is used specifically to collect user personal data via analytics, ads, other embedded contents are termed as non-necessary cookies. It is mandatory to procure user consent prior to running these cookies on your website.